Best tips for driving in Crete 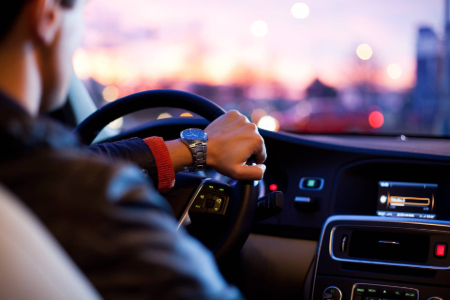 Is it safe to drive on Crete? Are the Cretan roads dangerous? Here are some of the tips you should know before you drive on Crete

When "your" traffic signal turns green, don't try to be the first away from the lights, instead, just check that traffic that "should have" stopped at a red light, has done so - check and off you go.

Only ONE stretch of road in Crete where the speed limit is legally above 90 kilometres per hour (56mph) - Now you know!

No one wants to deal with the traffic police, especially not when they are on vacation. Try your best to follow the rules and regulations to avoid any traffic police troubles. You will often see the police stopping motorists for speeding.
There are speed radars set up on the side of the roads so make sure you are mindful of this while taking your trip. A small speeding offence will only cost you a meagre fine but larger offences can result in a court hearing.
Drinking and driving are illegal so obviously, try to avoid this at all costs. You may witness locals running red lights during more quiet hours or not wearing safety helmets when on motorbikes. These instances are illegal and although the locals don’t seem to care, you should make sure to follow the rules if you don’t want a run-in with the police.

Note: The national road is equipped with speed control cameras and your speed limit is checked every few kilometres.

Parking only is really an issue in the larger towns, which is the same in most places. Try to avoid parking in the centre of town by opting for the outskirts and walking from your car into the centre. If it is too far of a walk for you, there are typically parking garages in the bigger cities, although they fill up fast.

Standing water and the previously mentioned old road surfaces mean allowing much more time to slow or stop and slower speeds than you may be used to for corners/winding roads.

Slow down and they will usually move out of the way - a shepherd herding his flock will normally try to move his animals out of the way, when he can do so - just wait and enjoy the spectacle.

Many adventurous great drives in Crete mean driving on tracks and unsurfaced roads. It's obvious - take it slowly; look out for the almost invisible (in certain light conditions) mesh gates. Open these and securely close them behind you.

Some of these roads are quite acceptable at low speeds, others become severely rutted after bad weather or just neglect.

Every map we've used is in part out of date - meaning that some of the roads marked as unsurfaced are now surfaced. Ask at a village before the start of such a route if you wish to know; however, opinions given about the suitability of an unsurfaced road can vary enormously from your own once you try it!

As concerns the southern part, most of the roads are country roads, as this part is considered "virgin" and not projected so much to mass tourism. National Country Roads are two lanes going in opposite directions separated by a double white line.

Note: Careful driving is required on all country roads.

Country Roads often have Pin Bends and require drivers to obey speed limits and drive careful driving. Roads in isolated areas and mountain villages are rough and in most cases require four-wheel 4x4 cars. Driving through country roads requires the use of maps or a GPS navigation system.

Signals, the obvious, anything that makes sense: do not presume that someone will stop or keep to their side of the road to let you pass by "because it makes sense", drive defensively, meaning expect the least accommodating behaviour of other drivers and then leave room to be pleasantly surprised!

If it looks as if someone is about to pull out into your path as you are driving a quick but audible toot on the car horn/hooter is a good preventive measure. When passing/overtaking it's also a good idea to flash your headlights to the car in front unless they have made it clear they know you are there and are keeping over to help you get passed. (Know what's going on - and - let others know what you are doing).

If another driver flashes headlights at you, it most often means "I'm coming through". Two quick flashes of headlights from a driver coming towards you is normally a warning of an obstruction or police ahead.

Use headlights when they can't see you

It is a very good practice to turn on your headlights when the sun is shining in the eyes of drivers coming toward you. This assists drivers in seeing you, and may prevent some of the more impatient from passing a car when you are directly in their path, but invisible in the glare of the sun. Be seen!

You will find many gas stations in Crete not only on national roads, bur on small country roads and inside towns and villages as well. Many gas stations close at 8 pm but stations on the highway close much later usually. In every city or large town, there will be at least one gas station that will be open during the night. Ask the locals for information.

A gas station's staff will fill your vehicle, there is no self-service in Crete. There are few gas stations where you can buy petrol with your credit card automatically after closing times. Some stations accept credit cards.


Have a nice and safe drive on Crete!!!

You can reserve your rental car

Join our group and stay informed  on the latest offers