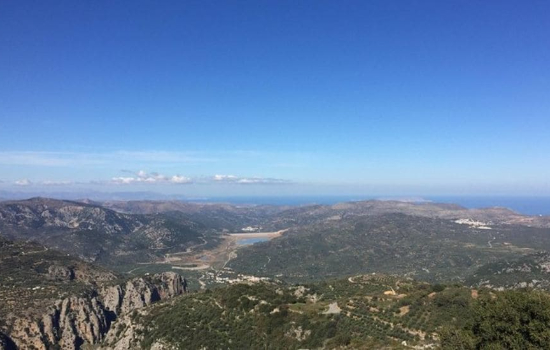 Everything about a day trip by car to Lasithi plateau

The Lasithi Plateau is the largest plateau in Crete. A fertile inland plain at an elevation of 800 to 850m, bordered by the imposing Dikti Mountains, the plateau of Lasithi is home to more than a dozen villages.

How to go Lasithi plateau?

Hiring a car is the best way to explore Crete, for travellers who prefer to make their own itinerary. Many interesting villages and settlements, Cretan beaches, monuments, archaeological places, picturesque villages, breathtaking views, cosmopolitan cities and reveal the magnificent of Crete. Might be more tired but also more rewarded too. >Our local car rental agency offer affordable car rental rates for all types of vehicles. You can collect the car directly at Chania airport or at Heraklion airport ( HER) so you can get on the road at once. Alternatively, if you are arriving by boat, your rented car can be brought to you when you disembark in Souda Port or Heraklion Port. Also, you can collect the car directly outside of your hotel or apartment. Choose from luxury or economic cars and enjoy a car from our quality car fleet, all protected by fully-comprehensive insurance policies and equipped with different amenities to help make your trip more comfortable. You can easily book a vehicle online using our website, or by calling us at (+30) 6970980918. ( What's app & Viber)


You can arrive to Lasithi from Heraklion capital by car. Driving Eastwards towards Lassithi plateau and Ag. Nikolaos in about 45 min, you will reach Lasithi. From Heraklion international airport (HER)) is 42 km distance. Renting a car is the best option to visit this authentic village and wander the surrounding area, to feel the Cretan atmosfair and enjoy the greek hospitality.

What to visit at Lasithi plateau

Lassithi plateau is famous for its windmills with white cloths, a trademark of the area. These were water- and flour mills, made mostly by the Peloponnese settlers that arrived here in the late 19th century, to irrigate the plateau. Unfortunately, today young people have abandoned their homeland because the Greek state does not provide incentives, and the villages look deserted, with the elderly population. Thus, the landscapes of 12000 white windmills, which once pumped water from wells to irrigate crops, can be now seen on old card postal. But still, you can see several windmills, since many of them have been restored in the last years. Moreover, at the entrance of the plateau, at position Ambelos, we still see the largest stone windmill park in Greece.

Another attraction of the plateau are lines, ie the linear drainage channels that were opened by the Venetians to transport water across the plateau. Indeed, when the Venetians conquered Crete, they turned Lassithi into the largest “garden” of Crete, which still supplies Crete with excellent quality potatoes and vegetables. On a walk at any point of the plateau, you will find lines, the. long ditches carrying water.

Psychro is associated with the Diktaean Cave (Greek: Δικταῖον Ἄντρον Diktaion Antron), one of the putative sites of the birth of Zeus. Other legends place Zeus' birthplace as the Ideon Cave on Mount Ida. According to Hesiod, Theogony (477-484), Rhea gave birth to Zeus in Lyctus and hid him in a cave of Mount Aegaeon. Since the late nineteenth century the Diktaean Cave, which is above the modern village of Psychro, has been identified with this sanctuary.

Jump into the myth !! Next to Ideon Andron, you find the Greek mythology thematic park, It's worth it!!

Krasi village is a traditional mountainous village at an altitude of 600 m, 46 km from Heraklion and is situated northwest of the foot of Mount Selena (1559 m). It is located above Stalida and is just 8km after Mochos, on the road to the Lassithi Plateau. The visitor, while ascending the uphill and the winding road in the direction of Krasi, has the opportunity to admire the panoramic view of the north coastline of the Municipality of Hersonissos.

Krasi village is also known that Nikos Kazantzakis spent several summers with his friends during the decade of 1910-1920 in  which is his wife’s, named Galateia Alexiou, birthplace. In Krasi, he was calm and felt inspired which was reflected in his works. For instance, in “Kapetan Michalis” there are many scenes that were set in the shade of the old plane tree in Selena. People of the Spirit chose Krasi in order to get rest and it was a place of inspiration and creation for them. For this reason, “The House of Literature” was created in the village in 2009 in a building of 1882.

The settlement of Krasi belongs to a protected natural area (NATURA 2000) while the monumental plane tree was proclaimed with the Presidential Decree 29/8/2011 as a preserved monument of Nature.

Kera is a traditional village, 50 km southeast of the city of Heraklion and 25 km of Hersonissos village, in the hinterland of the Municipality of Chersonissos.

The village consists of two small settlements, Kato Kera and Apano Kera and was named after the monastery of Panagia Kera or Kardiotissa, located to the north of the settlement. The Monastery of Kera (9th century) is a historical and ecclesiastical monument with remarkable frescoes inside it, a place of worship and the centre of the revolutionaries of eastern Crete against all its conquerors.

Hiring a car is not only the easiest way to get to Lasithi plateau, it’s also the best way to explore the region. Crete is full of stunning drives. Having a car gives you plenty of flexibility. Rent your car here

Thank you for reading our article. Find more articles about Crete.